a project by
Jan Falkenberg

The Info War of the Gamergaters

After the terrible antisemitic attack in Halle in October 2019, the Secretary of the Interior Seehofer said: »We see that right-wing extremists abuse the internet and especially gaming platforms as a stage for their illegal contents. Be it analogue or digital: We want to fight right-wing extremists wherever they appear«. Thereby he was referring to new right-wing Internet trolls, who are gathering in scene-typical Internet forums to plan smear campaigns against minorities and the liberal democratic constitution. Quite often virtual hatred turns into physical violence.

In the USA such trolls belong to the American Old-Right and are commonly called gamergaters. In Germany they call themselves infowarriors, who are a part of the so-called New Right.

My graphic novel »Überertroll« illustrates the outrages of such an infowarrior. It is a form of edutainment, as it deals not only with fictional narration but also with real events, in particular the strategies and terminology of the New Right.

Take a look at the interactive PDF. 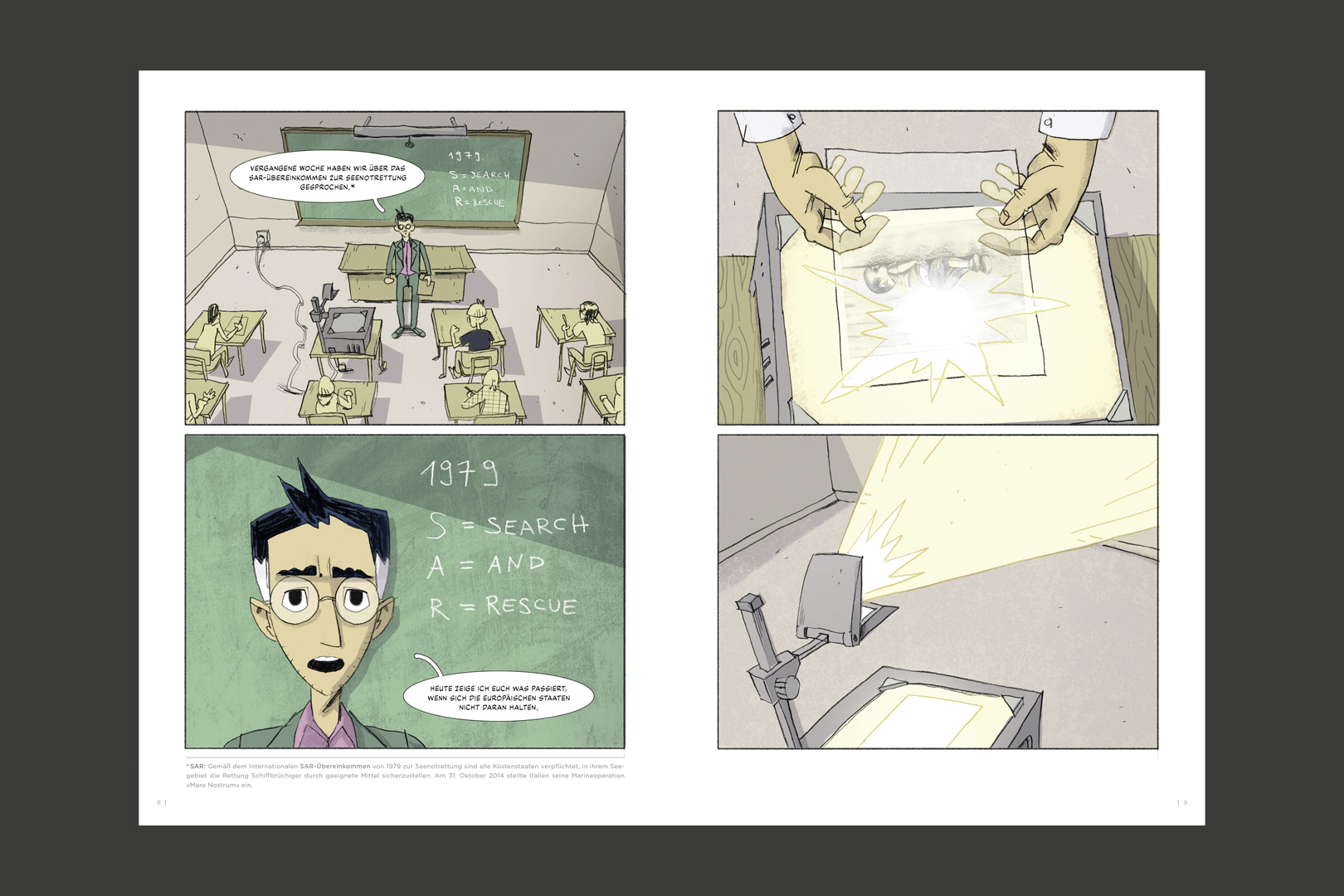 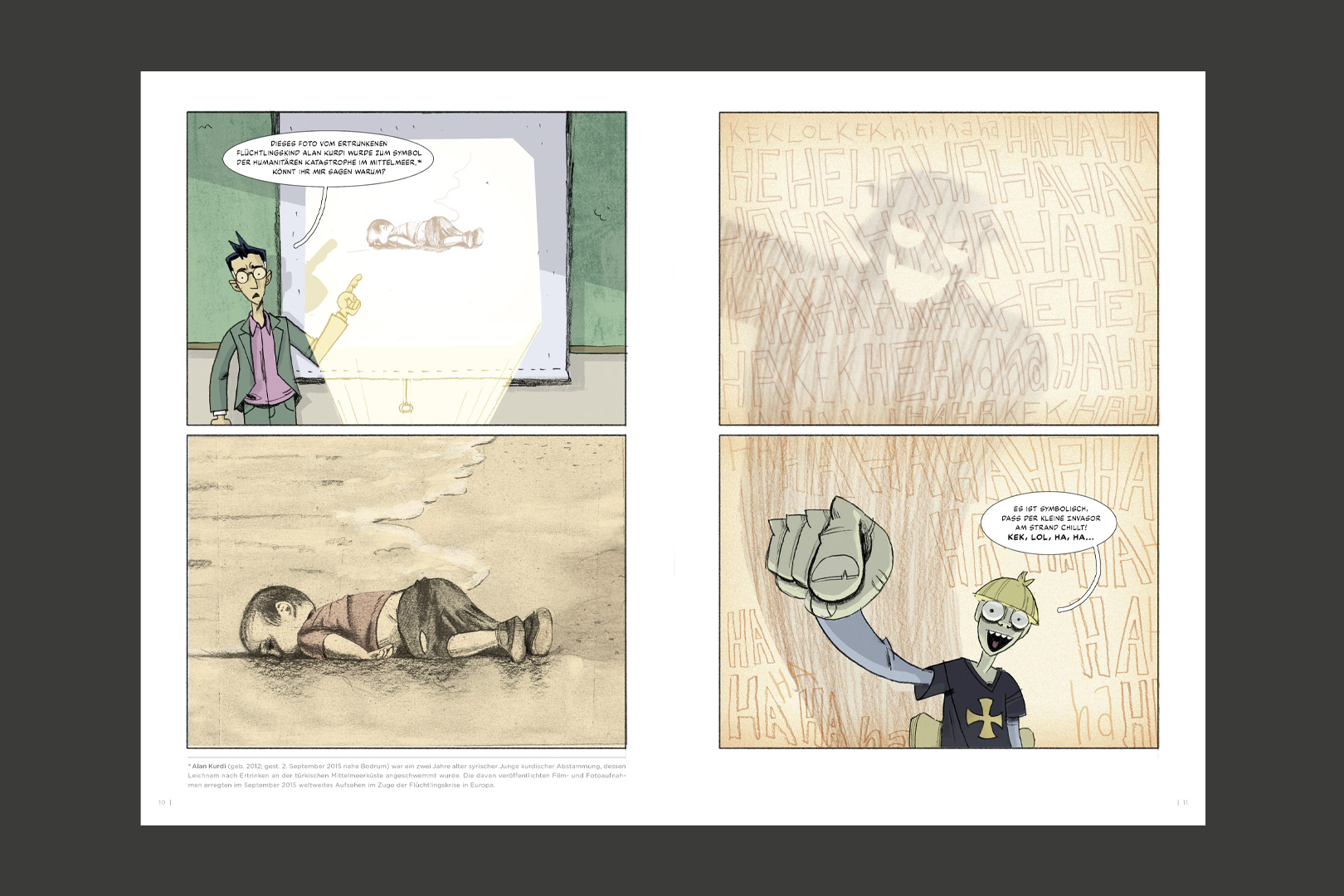 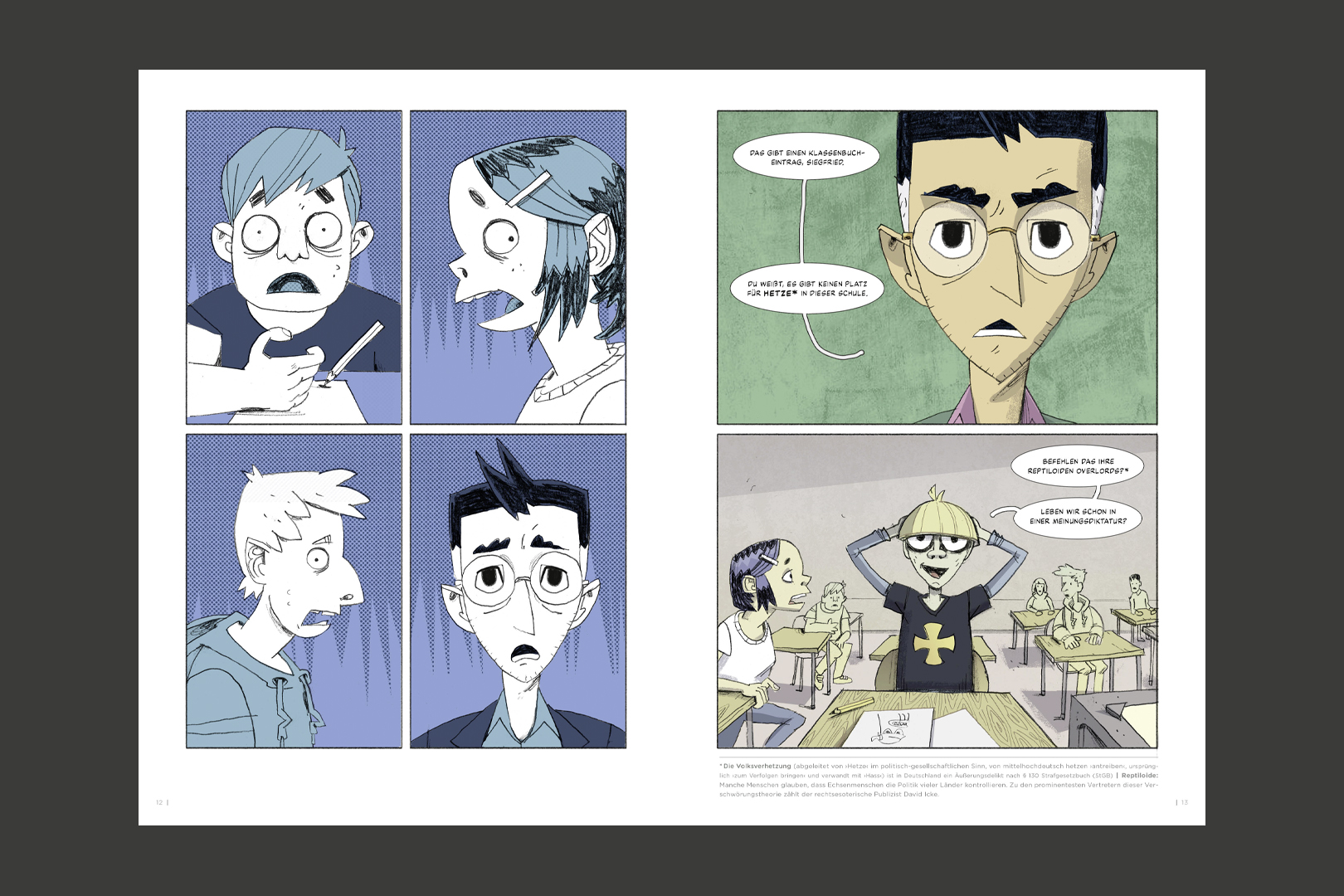 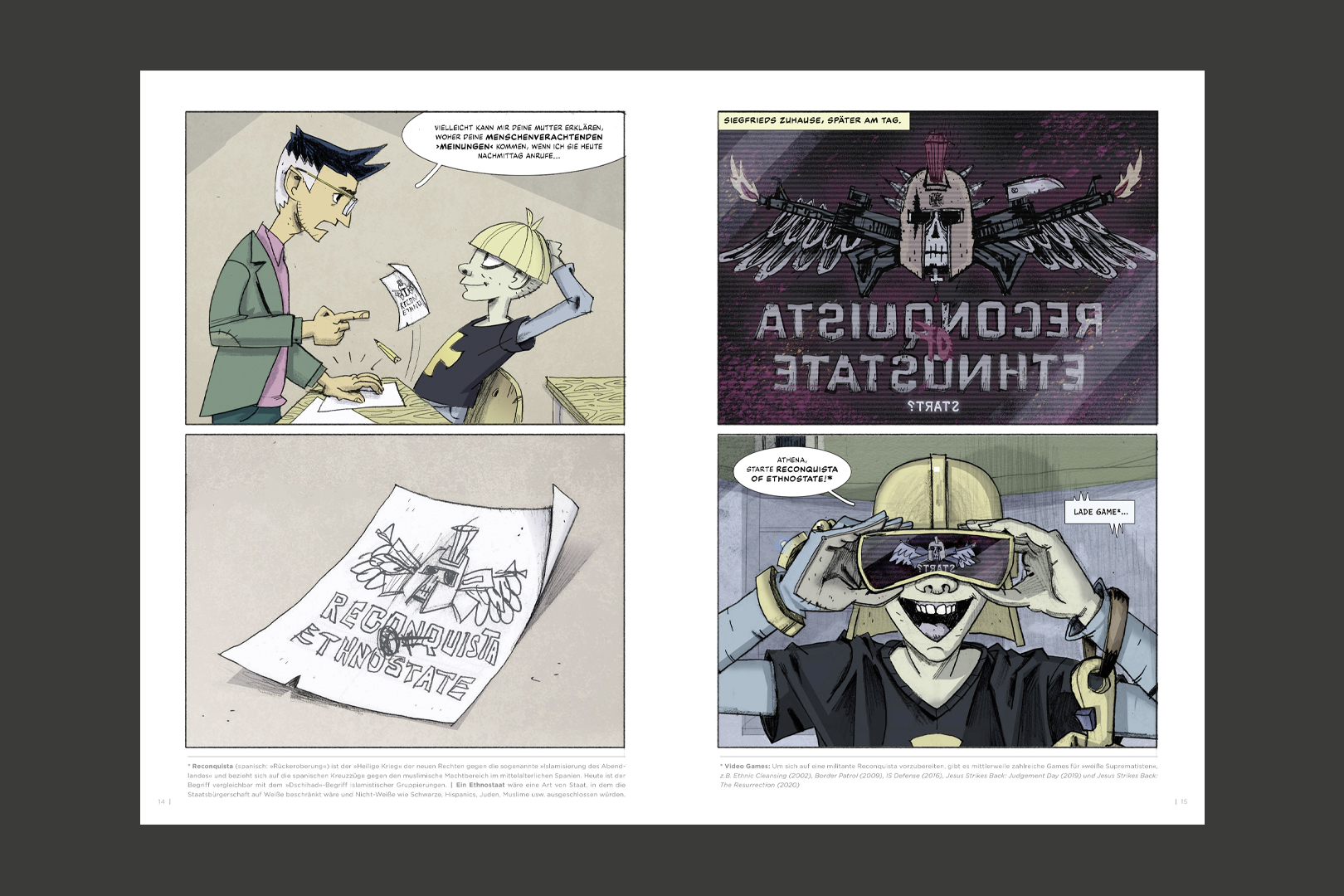 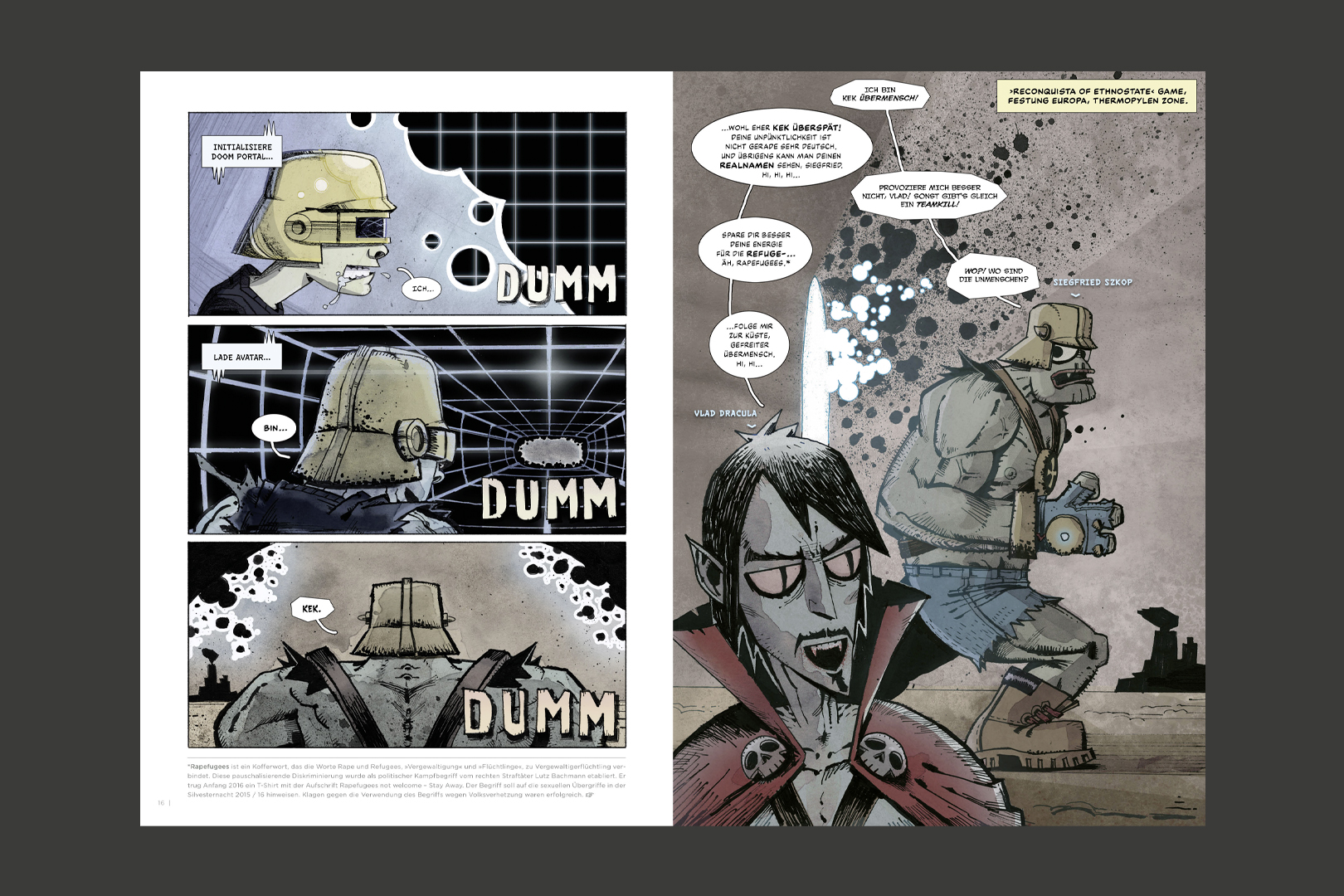 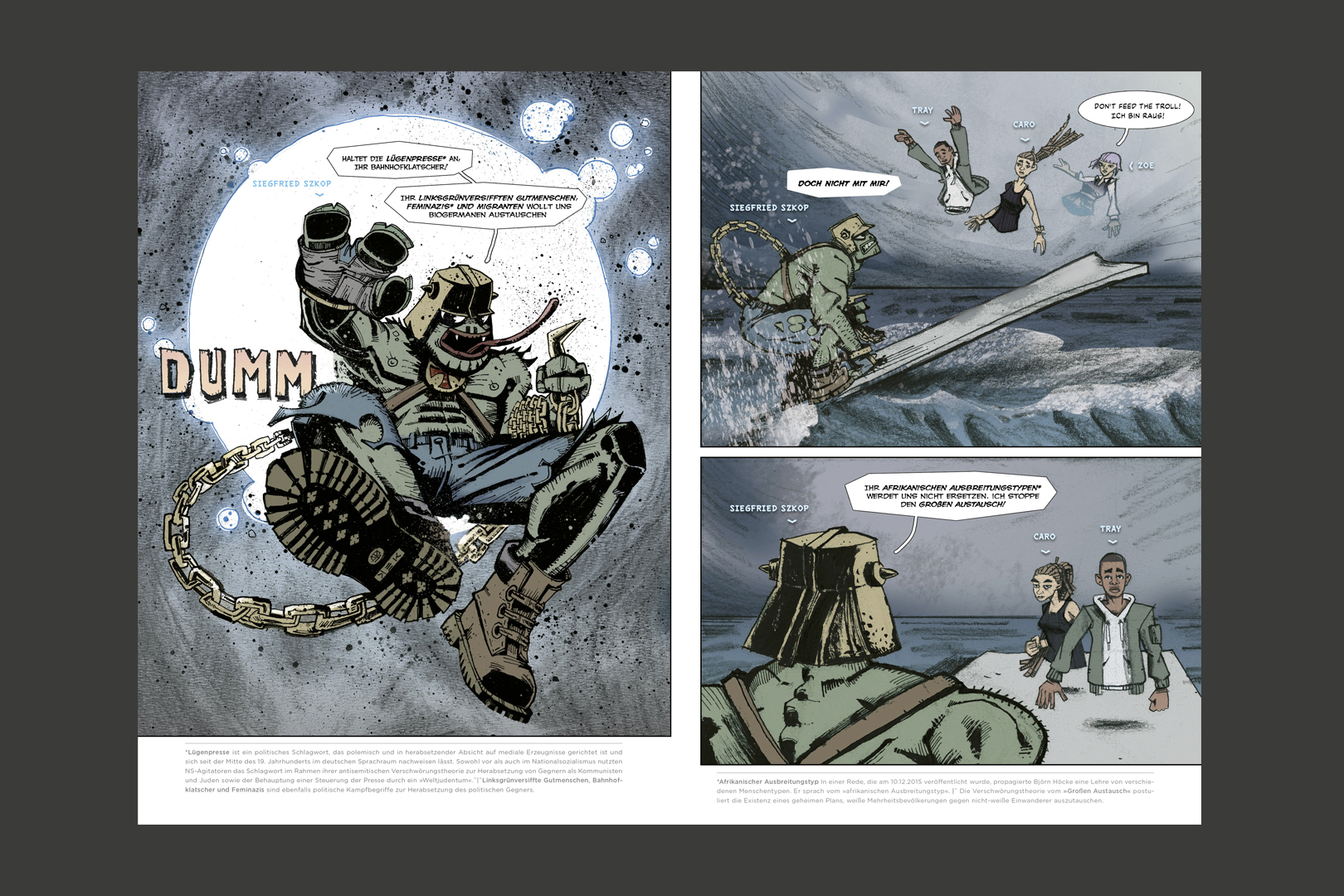 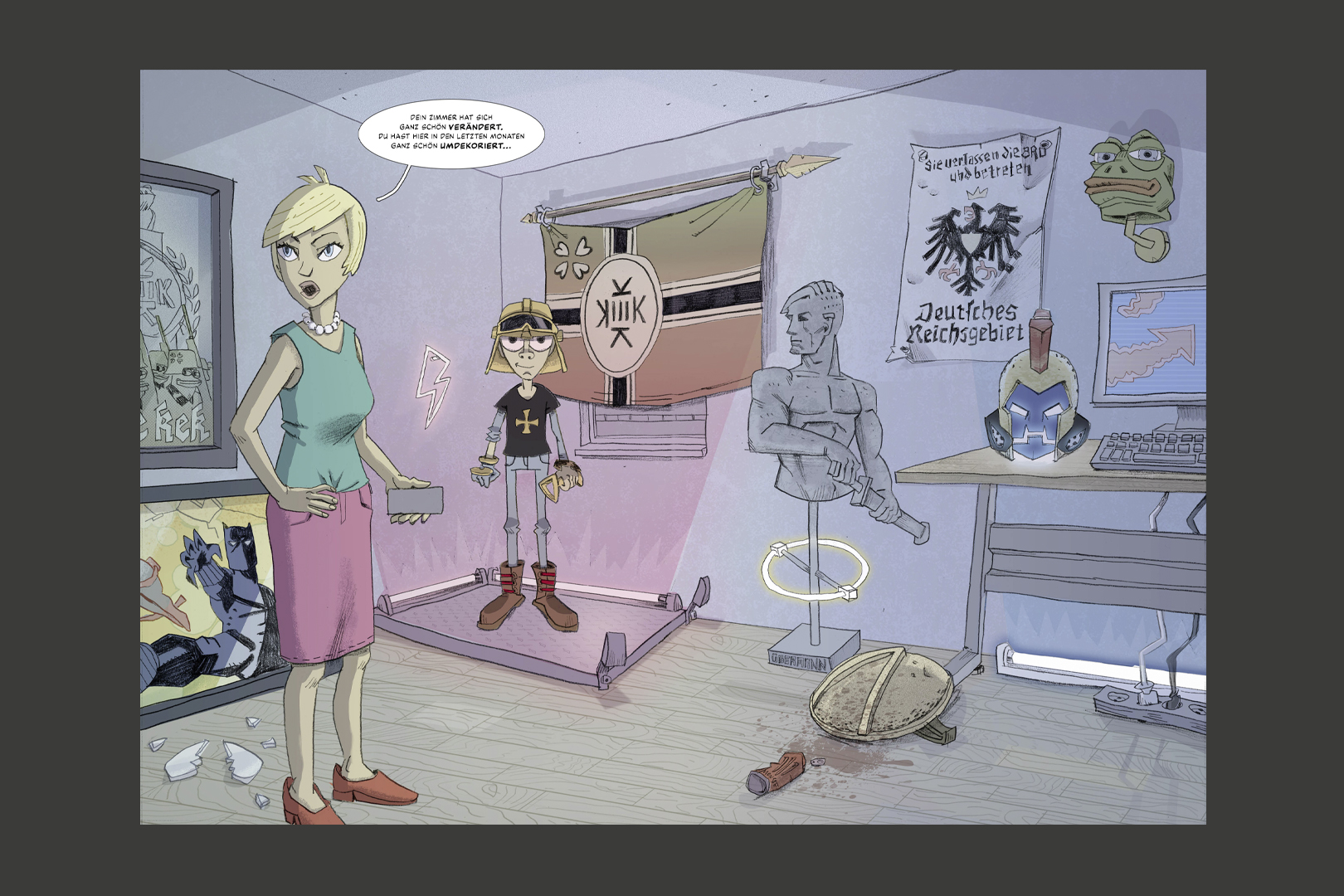