where to put all the pigeons?

a project by
Paulina Adass

Answers to a Question You’ve Never Asked Yourself Before

When you think about the german animal world, there is one species you can’t help but think about. The city pigeon. Yet it is not even native to Germany, but only a result of human neglect and fortunate circumstances. City pigeons are basically abandoned pets that were able to spread quickly as cave breeders in our densely built-up cities. Similar to the invasive goldfish in America, they have spread explosively over the last centuries, colonizing a space where only few other animals have been able to survive. Their evolutionary history is equally exciting as the question of how we now deal with their existence. In my project I focused on this particular question and with a lot of imagination and a little humor I developed solutions, how humans and pigeons are able to coexist in the cities. Based on these ideas I created a short animated film, which is supposed to illustrate the lively character of the pigeons.
With this project, I would like to raise awareness for these neglected animals and open a discourse about common and sustainable living. 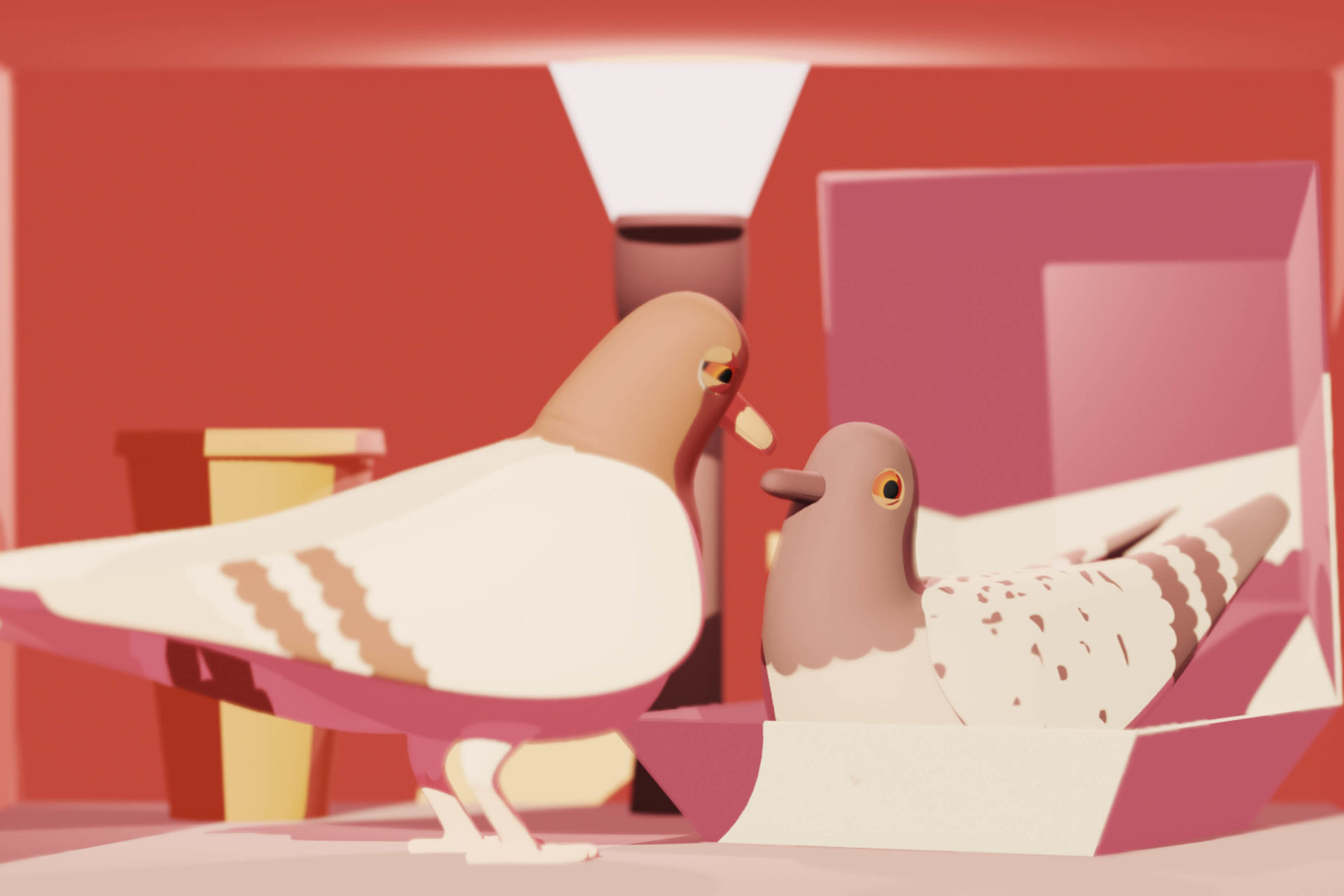 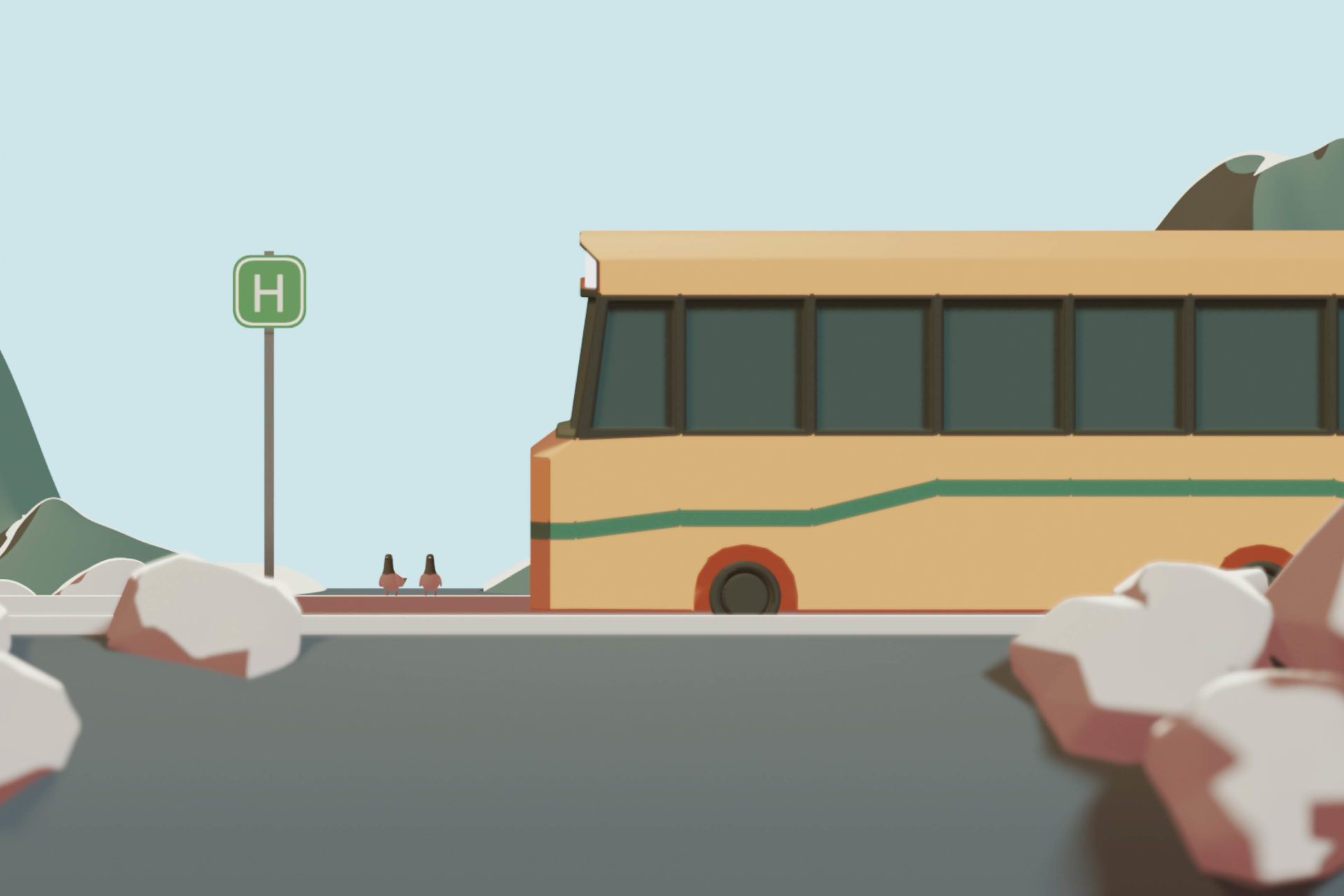 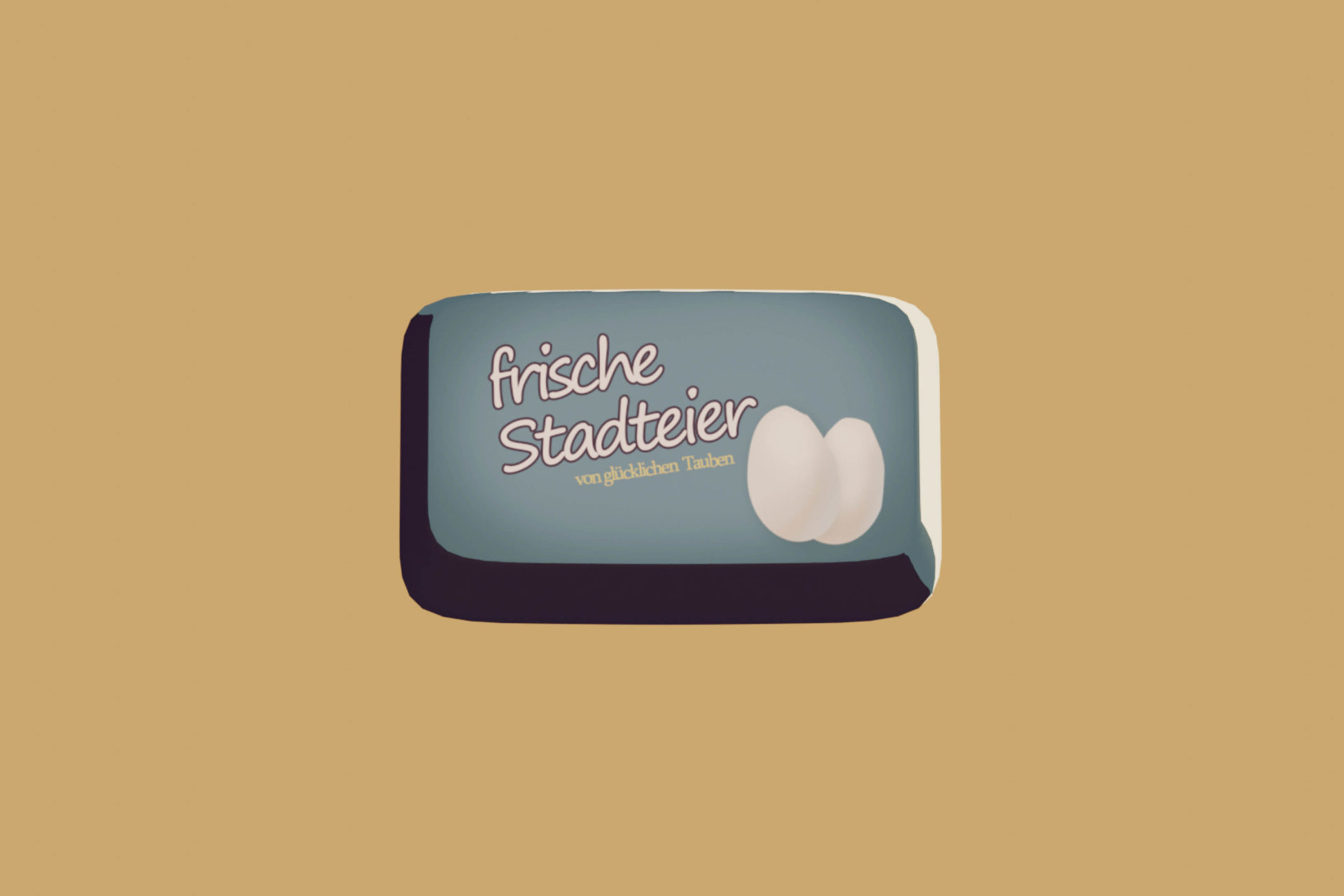 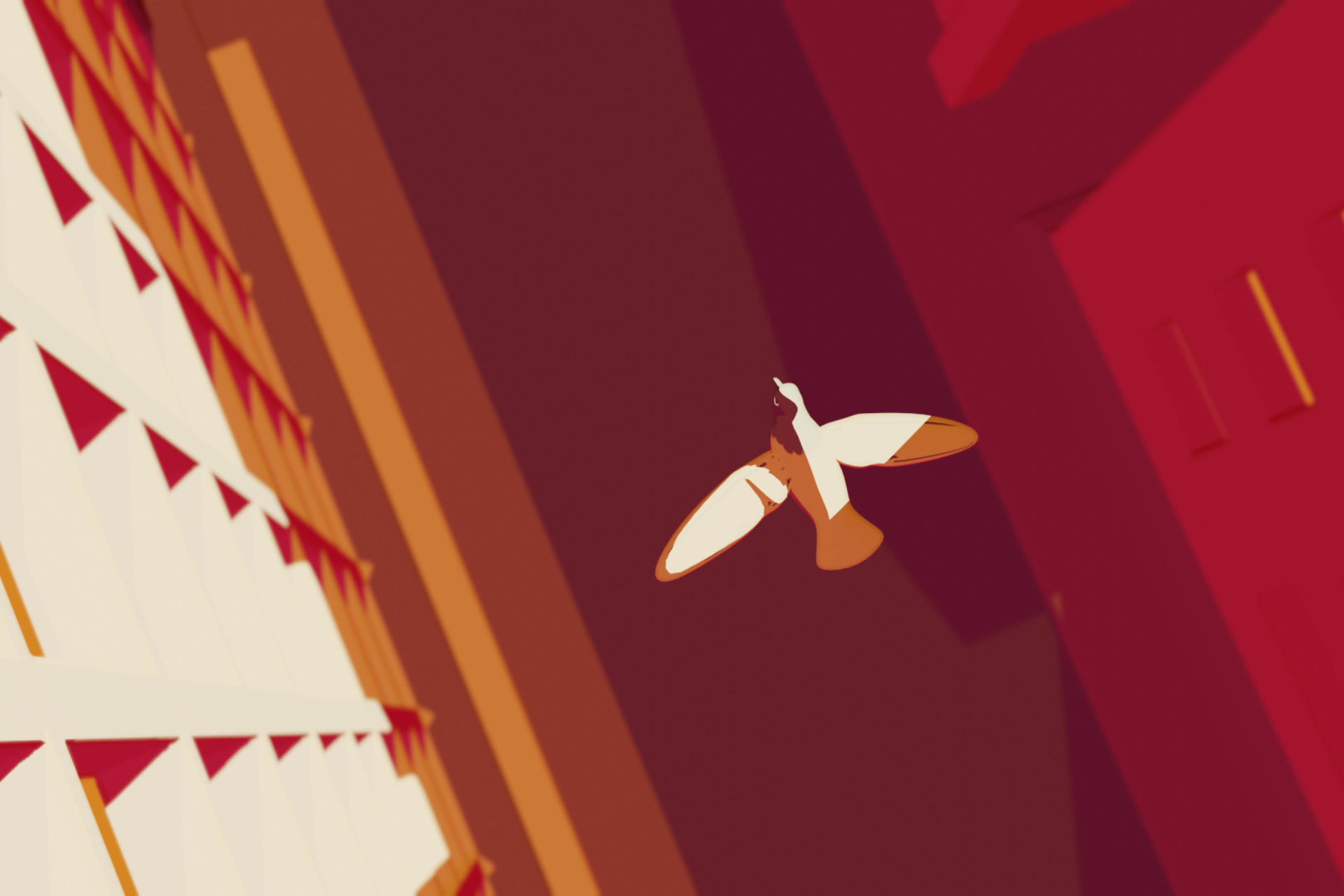 I would like to thank my parents who have always helped me a lot. Many thanks also to various users of the site »www.freesound.org« for providing me withseveral noises and sounds.